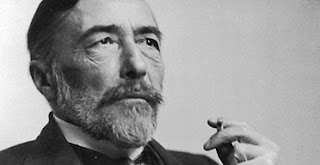 On the 21 September 1881, Joseph Conrad set sail for Newcastle as second mate on a bark named “Palestine” to pick up a cargo of coal bound for Bangkok. From the outset, things went wrong. A gale hampered progress (they were stranded for sixteen days on the river Tyne), then the “Palestine” had to wait a month for a berth and was accidentaly rammed by a steam vessel. At the turn of the year, Palestine sailed from the Tyne. The ship then sprang a leak in the English Channel and was stuck in Falmouth, Cornwall, for a further nine months. The bark was deserted by a sizable portion of her crew. “Palestine” eventually set sail with a largely new crew from Falmouth on 17 September 1882 (after a whole year’s delay) and reached the Sunda Strait in March 1883. Finally, off Java Head, the coal in the cargo ignited and fire engulfed the ship. The crew, including Conrad, reached ashore safely in open boats. Joseph Conrad was a young man when he first sailed with the “Palestine” and this was to be his first contact with the exotic and mysterious East. 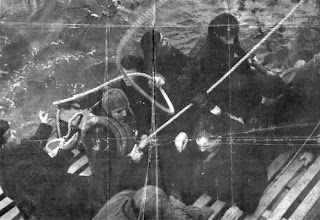 As a novelist later on, he revisited these events in his famous story/novella “Youth”. There, the ship is re-named Judaea but the deceivingly simple, precise and perfectly cinematic descriptions provide the canvas for the depiction of something larger. Conrad uses these details and metaphors and the whole sea palette to evoke the human condition and the human struggle in all its rugged glory. Take for example this passage which describes the aftermath of a storm on the deck of Judaea: 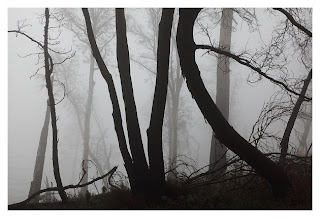 "…Then we retreated aft and looked about us. The deck was a tangle of planks on edge, of planks on end, of splinters, of ruined woodwork. The masts rose from that chaos like big trees above a matted undergrowth. The interstices of that mass of wreckage were full of something whitish, sluggish, stirring - of something that was like a greasy fog. The smoke of the invisible fire was coming up again, was trailing, like a poisonous thick mist in some valley choked with dead wood. Already lazy wisps were beginning to curl upwards amongst the mass of splinters. Here and there a piece of timber, stuck upright, resembled a post. Half of a fife-rail had been shot through the foresail, and the sky made a patch of glorious blue in the ignobly soiled canvas. A portion of several boards holding together had fallen across the rail, and one end protruded overboard, like a gangway leading upon nothing, like a gangway leading over the deep sea, leading to death - as if inviting us to walk the plank at once and be done with our ridiculous troubles. And still the air, the sky - a ghost, something invisible was hailing the ship…"

When the cargo of the ship eventually goes up in flames and the crew including Conrad are obliged to abandon the bark in small boats, they nevertheless stay to watch the end of the Judaea. For Marlow the narrator and in extensis Conrad the young second mate, this total disaster is just a part of the adventure of life. For Marlow is thinking how for the first time he will become the first in command responsible for the three or four men that are rowing in front of him in the small boat. Nevertheless, in the novella, Marlow is old and looking back as he is telling the tale to his sea friends and therefore he can reflect on the vanity and beauty of that moment in time when one feels so strong, so open to all challenges, so young: 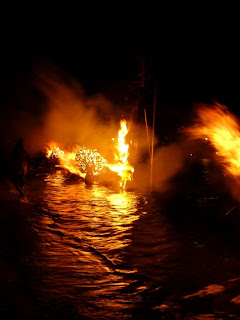 And Joseph Conrad would later on leave the bright flames of his Palestine, Judaea "Youth" burning and plunge into the impenetrable night. Plunge into the “Heart of Darkness”.

Listen to :
"Incinerate" by Sonic Youth
Posted by Douglas at 3:36 PM