The television of our lives 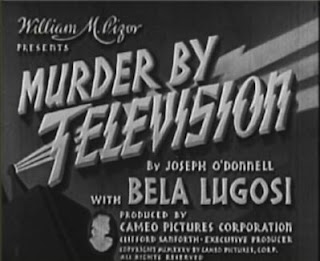 In the sixties, the counterculture phrase "Turn on, Tune in, Drop Out" coined by the High Priest of LSD, Timothy Leary, was in fact saying to "Get stoned, abandon all constructive activity" and the rest would follow.
Today LSD actually stands for Liquid Screen Display and we have in a perverted way finally achieved Timothy Leary's wish. We turn on the television set, tune into a soap opera, the news, a film, a reality show and then we drop out. In 1974 Gil Scott -Heron already made the link between the power of television and what could be understood as the ultimate expression of reality, revolution. Do you remember this…?
The Revolution Will Not Be Televised
By Gil Scott-Heron

There will be no pictures of you and Willie May
pushing that shopping cart down the block on the dead run,
or trying to slide that color television into a stolen ambulance.
NBC will not be able to predict the winner at 8:32
or report from 29 districts.
The revolution will not be televised.

Green Acres, The Beverly Hillbillies, and Hooterville
Junction will no longer be so damned relevant, and
women will not care if Dick finally gets down with
Jane on Search for Tomorrow because Black people
will be in the street looking for a brighter day.
The revolution will not be televised.

There will be no highlights on the eleven o'clock
news and no pictures of hairy armed women
liberationists and Jackie Onassis blowing her nose.
The theme song will not be written by Jim Webb,
Francis Scott Key, nor sung by Glen Campbell, Tom
Jones, Johnny Cash, Englebert Humperdink, or the Rare Earth.
The revolution will not be televised.